These photos were taken just over 20 years ago.  I was fresh back from travelling through Asia and needed a challenge.  What better thing to do than climb to the highest point in the British Isles.  At 1345 meters above sea level, Ben Nevis is a manageable mountain, and the climb up and down in measured in hours rather than days, but what it lacks in height, it makes up for in sheer beauty.

I caught a flight up to Glasgow, then a train ride out through some of the most stunning countryside I can ever remember seeing.  It’s called the West Highland Railway Line and it drops you at Fort William, sitting on the Eastern Shore of Loch Linnhe.  From here I caught a bus up into Glen Nevis, the valley that houses the mountain. 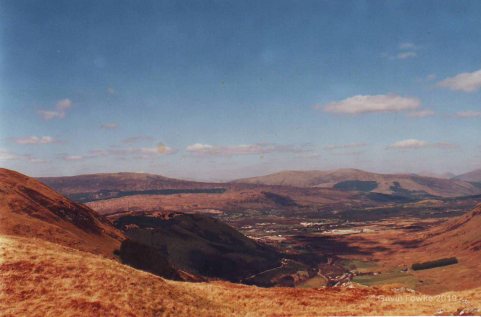 I stayed in the Youth Hostel.  In those days we would seek out Youth Hostels everywhere.  For a small membership fee it gave you reliable accommodation, the idea being the prices were cheap but you had to take a hand in keeping them clean.  My brother and I used the YHA across Europe and even in Hong Kong, before we were opened up fully to the growing world of backpacker accommodation and never looked back.

The mountain took  few hours to climb, but even so was a good hike and you need a good level of fitness. 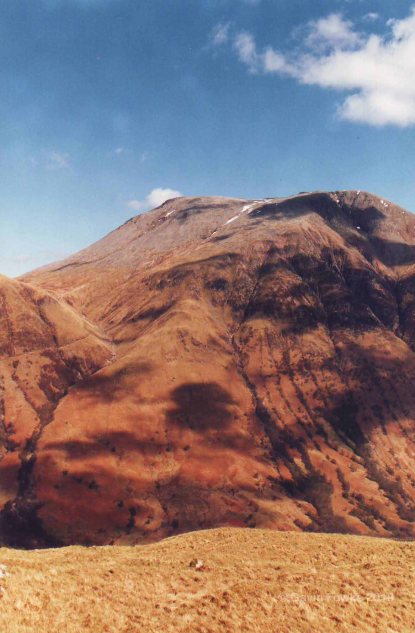 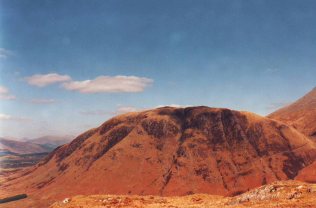 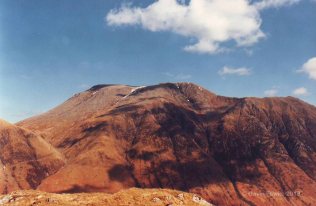 And despite the relatively moderate climb, the mountain is not to be taken lightly, despite the sun I experienced all the way up, the summit became a place of danger, snow covered, with sheer drops falling away hundreds of meters.  As always the mountain demands your respect.

But finally the summit was reached.  This is my idea of a selfie in 1997!  The camera is balanced on my pack.