The first trip I did to SE Asia was back in 1996.  I had been living in New Zealand for a couple of years and decided to take the long route back to Europe.  One of the most beautiful places along the way was Borobudur, a 9th Century Temple near  Yogyakarta, South central on the Island.

The journey out was through a mix of dense forest and padi fields, and I couldn’t help taking a photo of the guy who managed the passengers on the bus.  A conductor we would call him.  He had the ring that he would beat rhythmically against the metal pole in the doorway,

The temple itself was immense, and stunningly details with a mass of stupors and buddhas across the top that made for some wonderful photos.  It has the distinction of being the world’s largest Buddhist Temple.

As you can also see, it is surrounded by lush flowing hills, forest and paddy fields, beauty and tranquility. 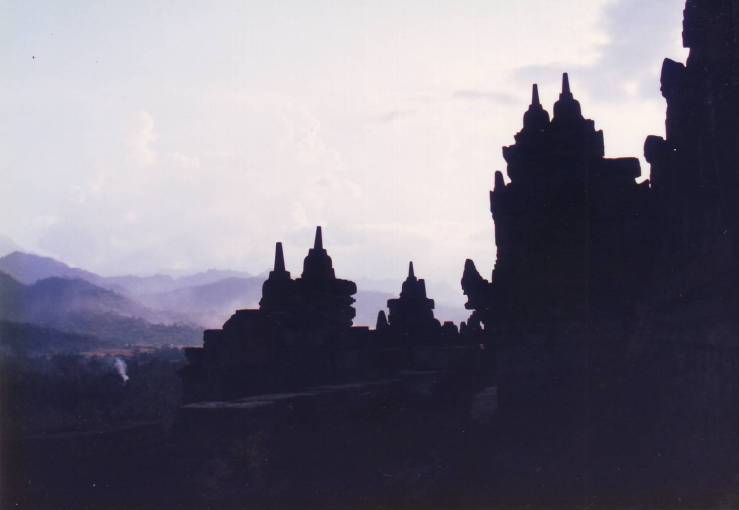 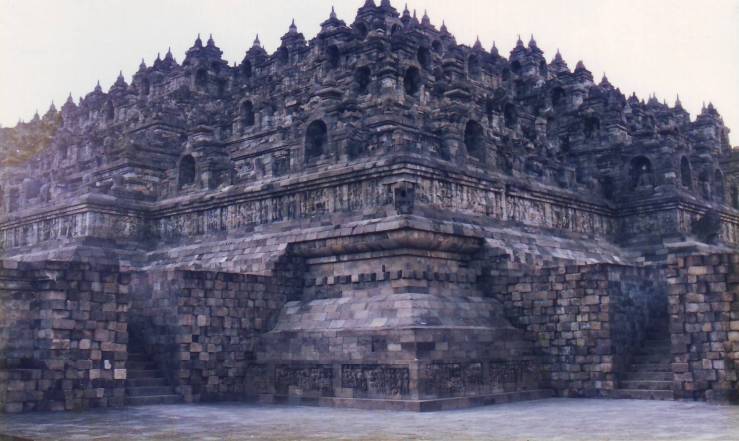 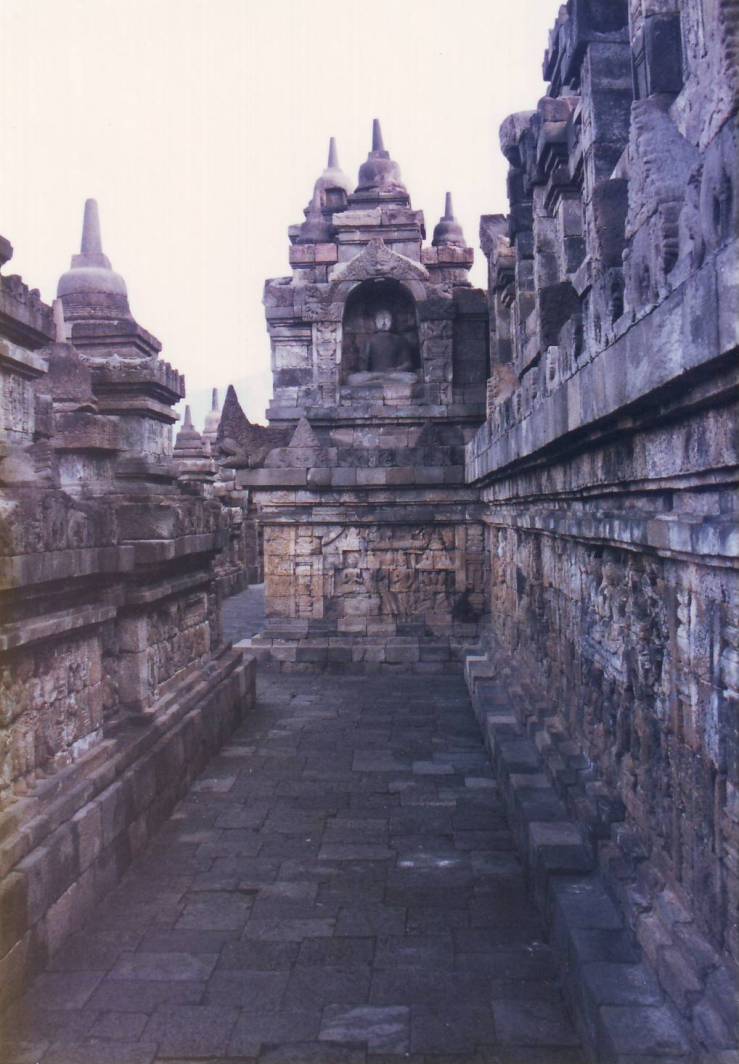 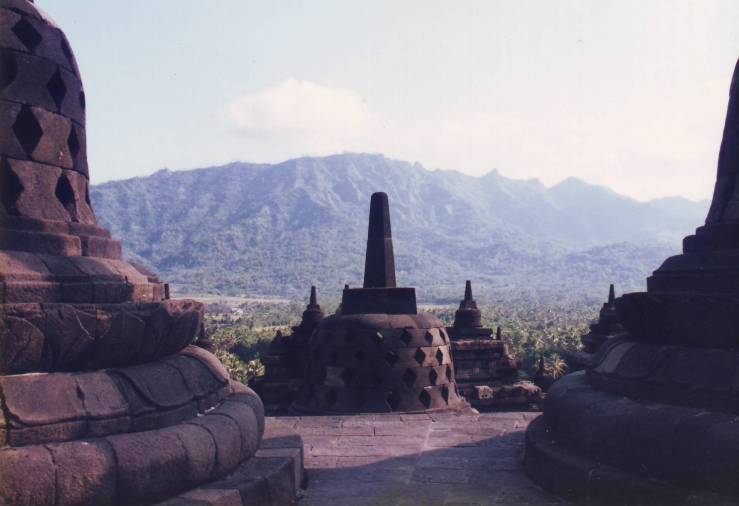