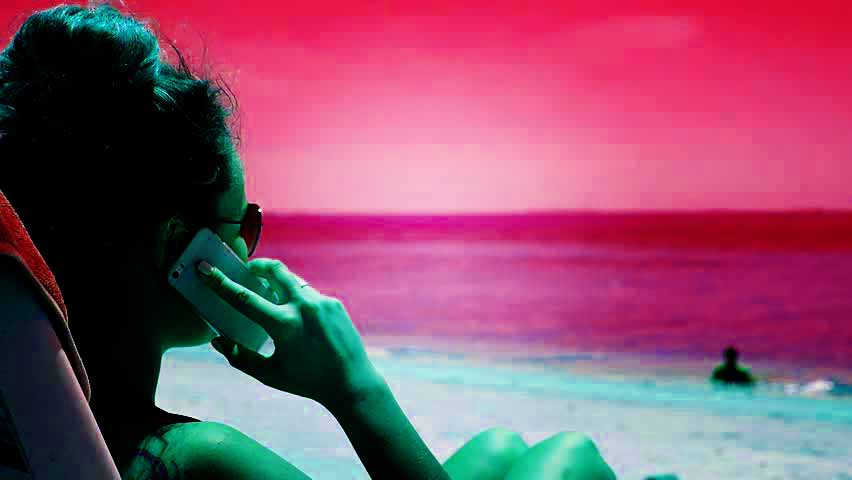 When I was a kid, a mobile phone meant a normal phone tied to the top of a car battery. It was mobile in so much as you could put it in your car and take it somewhere. The concept of a hand held device that could be put in a pocket and carried as easy as your keys, or small change was, well even beyond the dreams of Sci-fi writers. The nearest you ever came to a visualisation of the modern mobile was the type of communicator that they would carry in Star Trek, which was nothing more than a slimmed down Walky Talky that frequently went out of range.

Someone, somewhere had a vision, and that spark of original thought that leads to all things new, and within a few years we went from no mobile phones, to everyone, including our children owning and using such a device. Now, it is so unusual to call someone on their home phone, why would you, they might not be at home? You call them on their mobile. Instant access 24 hours a day, well not quite, but you get my drift.

Have you ever stopped to marvel at what a great invention this really is? It now goes so much further than a phone, replacing other items such as watches and diaries, and incorporating other new technologies like the internet. Nowadays it has gone to a whole new level with the use of Face time, Tango and other video conferencing software. It really is an amazing thing. Could we really have conceived such a marvel, sitting in our badly decorated homes of the seventies, watching three channels of black and white TV. No not at all, but someone did, and the mobile took off very quickly and the market has driven swift technological advances purely by its willingness to pay for it.

I actually really like my I-Phone. I have various lines of communication coming in on a constant basis, e-mail, Facebook, text, linked-in, twitter, all rolling onto my screen with timeless efficiency. It’s a real marvel and I don’t know how we ever survived without it. Progress has been thrust upon us, and the urgency of life made so much more manageable.

Of course there is the dark side of mobile phones. My boss for example can text me whenever he has the urge, with a query that I can’t really ignore as he knows I’ve received it. That ability to drop off the grid for a while, to be between work and home, to be out and non-contactable for a few hours has now gone, lost forever as mobiles connect us to the world permanently. We have become parts of

a network of communication that takes away our freedom of choice, which enslaves us to a false sense of urgency for all things, subject to the whims and needs of everyone you are connected to. We have as such lost our independence and become nothing more than a part of the collective, tied to the hive. We are nothing more than working parts of the machine. Of course that has always been so, but in the past there was somewhere to hide; now the only excuse is a breakdown in technology or your own failure to plan adequately.

Ok, so I am taking it a bit far, but you have to step back and look at the bigger picture sometimes. Now with more and more people using headsets, we are more connected than ever.   What is the next step, permanent implants? Will we finally be networked for good, parts of the biggest organic computer in history? Perhaps not, but likely yes, for we have become dependent on our phones. They have become a massive part of our lifestyles. Sat on the bus this morning, in a group of eight seats, six people were focussed on their phones, the two who weren’t were an elderly gentleman, one of the few left for whom the mobile revolution has slipped by, and myself as I was typing away on the laptop. But I had been on my phone, checking texts. Checking my Facebook, making sure I was privy to every latest piece of information that had been directed my way. Addicted like the rest of society to the flow of information, to the belief that I am now indispensable. And that is what the phone allows us, that is its real trick, its bind, it allows us to believe that we are more important than we are. It satisfies a base need to feel that you are needed, and that someone, all the time wants to get in contact with you. The mobile helps to fill the void of the fundamental question of life, why are we here? You need focus less on your worth when you are constantly in demand.

So next time you are walking down the pavement and someone bumps into you because they are looking at their phone, remember what that urgency of communication means to them as a person, what it means to us all, and let it go. There was a time when that would have just been plain rude, but now it is the norm. As is sitting in a group of people and checking your phone every five minutes regardless of what is going on. It’s not rude, it’s just habit, it is addiction and we are all subject to it.   For like the guy on his own in the pub, playing the slot machines, we now all have a friend that is there for us when we need them. Allowing us to feel connected and not alone when previously we may have felt vulnerable or socially inadequate. The mobile phone has brought us more than new technology. It has connected us in a way that supports our core needs as human beings.