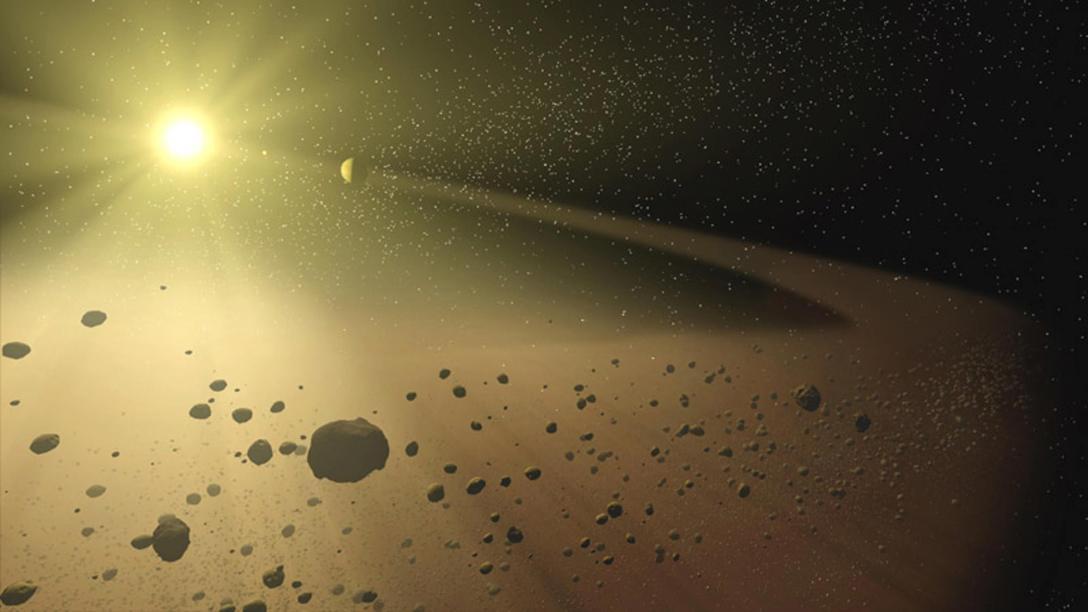 We are reaching out to the other celestial bodies in our solar system. We are sending probes to scan, we are placing satellites in orbit, we look through telescopes and land little exploration vehicles on distant surfaces. These are all methods designed to send back data to the banks of computers that support them which are viewed by hoards of men and women who will never in a thousand lifetimes sift through all the data that is available. Sat in darkened rooms the world over, searching for that little clue of some new discovery. This is our new exploration of the Solar System, but whereas intrepid men once took dangerous journeys across seas to lands anew to fight with local tribes and to hunt exotic beast, we now send equipment to gather preliminary samples, measure radiation, test weather patterns and look for water. It is exploration all the same, and whilst it might not have the swashbuckling adventure of past, it is even more fantastic in its achievement.

Just recently, the Voyager 1 probe burst through the heliosphere, the outer skin of the solar system, where the sun no longer has affect on the environment and the interstellar winds take over. Our little probe, put together in the 1970’s, a simple Morris Minor of a machine compared to today’s high performance technologically advanced equipment has become the first manmade object to leave our Solar System and it is still chirping away, sending back its daily messages over 20 billion kilometres, giving us the first insight into what lies beyond. We have achieved this once in the history of man, this is the pinnacle of all exploration and the occasion passed with little excitement outside the walls of scientific institutes, and the bedrooms of geeks like me, on laptops, following silently the greatest achievements of mankind.

Voyager’s success does allow us some perspective on our breakthroughs though. For whilst the technology involved in most of the adventures into space is breathtaking, we are still only metaphorically speaking, tinkering around in the back garden, our own solar system. For outside that is the rest of a galaxy made up of billions of stars, which spans billions of kilometres, and our galaxy, the Milky Way is in turn just one of billions of galaxies spread across the known universe. So yes, we are still in the back yard, in fact if you really think about it we are little more than out on the top step. Whilst I am using metaphors, I can liken Voyager as us kicking our football into next doors yard. Hopefully if there are neighbours they will just bring it back. But that is a theme for another day.

I am keen to look at the progress we are making closer to home, and the inclusion of new nations into the ever increasing race to explore the Solar System. We have the Chinese hell-bent on putting man back on the moon, just this week sending a rover up by rocket that will hopefully survive the journey and bring us fresh insight into our nearest celestial companion. Then last month India launched its first attempt to land on Mars. They will add to the bank of knowledge we are storing that will hopefully lead to man visiting Mars in person. The USA currently has two such vehicles wandering around on the lonely surface of Mars. There is the long standing Opportunity, and more recently the far more scientifically advanced Curiosity. Both are gathering samples, taking photos, and working through their respective missions to increase our understanding of that planet. The way technology is advancing, I fully expect to see men on Mars in my lifetime. There could come a time in the near future when man has a base on both the Moon and Mars.

Then we have the telescopes, from the huge arrays on Earth to the deep space versions that have been sent more recently. All carefully viewing, photographing and creating incredible amounts of data that brings new discoveries all the time. Images of the farthest reaches of the universe that have taken 7 billion light years to reach us, so old they show these distant galaxies in the early stages of formation. Images so old that the originating stars have probably lived most of their lives now and are decaying into supernova. We are taking these images at various levels of the light spectrum, each designed to expose just a little more about the chemical make-up of the universe, allowing us to bring some order to the infinite void that surrounds us. We are also watching the closer stars, measuring subtle changes in their emitted light, giving an indication of planets passing in orbit around them. The colour of this light potentially gives us information on the size and nature of these planets as well. Slowly from this data we are locating the nearest potential solar systems capable of sustaining life as we know it. If we ever get out of the back garden we will at least have somewhere to head for.

And there are of course the probes. Many are already in place, Cassini for example, in orbit around Saturn and bring regular new images of that planet and its belt and moons. The Japanese landed on an asteroid recently, that belt of broken rocks orbiting the sun between Mars and Jupiter. After various minute directional adjustments over a sustained period of time to arrive, taking photos all the while, they actually landed on the surface of this moving object, and took a sample which they then returned to Earth. The magnitude of the difference sciences involved in pulling that one off is just stunning. And there are more, the numbers increasing all the time, some already in place, others winging their way to the various parts of the solar system. Measuring the sun and the planets, and giving us more and more information about the region of space we inhabit.

Why? Of course that is the obvious question. In a time of such extreme economic struggle, why are we investing so much money in getting to these places? A lot has to do with the development of new technologies. To achieve each of the increasingly complicated missions we embark on, new breakthroughs are made with the science we know. Much of this will filter down into society over time, improving the way we live. There is also the quest for knowledge. Mankind will never stop wanting to know more about his surroundings, constantly improving and developing a clearer understanding of the physical universe. For some, the scientists this is about true knowledge and discovery, for the politicians and the business men this is about power. It is all part of the system that drives us forward and brings new developments to the world though, all necessary pieces in the jig saw of progression.

There is the future state of man as well. We are not destined to be earth bound. From the moment man stopped cowering in the shadows of the gods, and looked up to the sky with a realisation of what really was out there, he has craved the opportunity to explore that space as he did the shores of the Americas no so long ago in our relative history. We will reach for the stars, it is inevitable.

We are only limited now by what we can physically do now, our technology can take us no further than the outer planets realistically, and much of the study being done now will give us the equipment, and the necessary understanding of the physical hurdles to be overcome to make those journeys. Theoretically we do have the means to get out to Mars now, even if it takes a few months, but we could get there. Outside our solar system, our own back garden is still a very big unknown, and the technology to get there in any reasonable timeframe is well, not available yet. It would take hundreds of years to get to the nearest stars, longer to get anywhere capable of sustaining life. We would need to cryogenically freeze people, or have living communities that travelled for generations to attempt this with our current propulsion systems. So at the moment it’s not worth considering, but we have enough to keep us busy exploring the Back Garden, and when we understand all that is here, perhaps we will be ready to step outside and start to explore the wider universe.

1 thought on “Tinkering around in the back garden, with the occasional look over the fence”